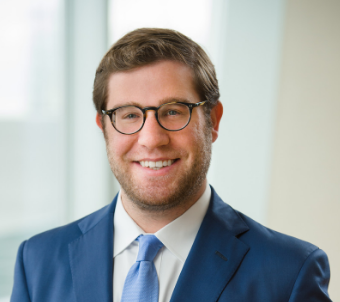 Ben is a versatile commercial litigator with significant experience handling white collar, securities, and financial services litigation matters. He joins McKool Smith after a successful tenure at a top Wall Street firm and a year-long clerkship with the Honorable Robert L. Miller of the U.S. District Court for the Northern District of Indiana.

While in law school, Ben assisted the Kurdish Regional Government as Policy Team Lead on ISIS Genocide and was the 2016 winner of the Tennessee Supreme Court’s Law Student for Justice Award. He also served as an editor of the Vanderbilt Journal of Transnational Law.

Prior to his legal career, Ben was a speechwriter on the 2016 Hillary Clinton presidential campaign and co-founded an education-tech startup. He also has published and spoken on various federal election law subjects including campaign finance, voting rights, and political ethics and lobbying regulations.