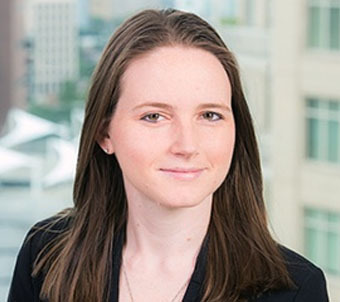 Chelsea Priest is an associate in McKool Smith's Dallas office. She focuses her practice on intellectual property and commercial litigation. She has a particular interest in critical motions briefing and appeals. She has briefed motions to dismiss and motions for summary judgment in numerous trial-level courts, and she has written appellate briefs to the U.S. Supreme Court, the Texas Supreme Court, and the U.S. Courts of Appeals for the Second and Fifth Circuits.

While attending Stanford Law School, Chelsea was a semifinalist in the Kirkwood Moot Court Competition, where she was awarded Best Petitioner's Brief. She served as managing editor of the Stanford Law Review and graduated with pro bono distinction given her roles as co-coordinator of the Tax Pro Bono Project and a volunteer for the Lifer Parole Project. Chelsea was also a pupil in the Honorable William A. Ingram American Inn of Court. She gained additional experience as a research and teaching assistant for multiple professors and was honored with Gerald Gunther Prizes for Outstanding Performance in many areas.

Outside of work, Chelsea serves her community as a member of her city’s Planning and Zoning Commission.

Prior to Joining the Firm