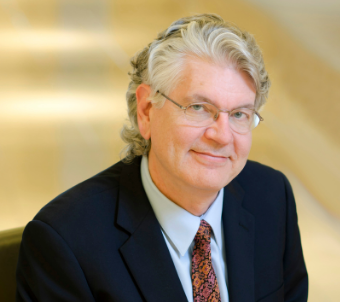 Douglas A. Cawley is a principal in the Dallas office of McKool Smith. For more than forty years, he has been engaged in the trial of complex cases and has handled major intellectual property matters throughout the United States and across the globe. He has served as lead counsel in six patent infringement trials that have earned "Top 100 Verdict" rankings by The National Law Journal and VerdictSearch in 2007, 2008, 2009, 2010, 2012, and 2013.

Douglas is ranked as a leading intellectual property lawyer by Chambers USA and is included in the Lawdragon 500 listing of "Leading Lawyers in America." In 2015, he was profiled in Law360’s “Trial Aces” special feature, which recognized the Top 50 trial lawyers in the United States. In describing Douglas’s effectiveness as a trial lawyer, Law360 noted that his “list of victories is replete with multimillion-dollar verdicts won against some of the deepest pockets in the corporate world,” and that “you can chalk [his] more than $1 billion in patent victories up to his way of wooing juries.” The article also discusses how Douglas' “honesty in the courtroom has earned him a positive reputation with judges.”

Douglas was named the Dallas "Patent Lawyer of the Year" by Best Lawyers and "Outstanding IP Litigator - Texas" by Managing IP. He also received the "Litigator of the Year (South)" award from Benchmark Litigation and the Texas Lawyer 2017 Professional Excellence Award for "Distinguished Leadership." Most recently, he was recognized as a 2018 "Plaintiff Trailblazer" by The National Law Journal. The feature honors the top 25 leading lawyers in the nation who have achieved "remarkable success" for plaintiffs.

In 2016, Douglas was appointed Special Assistant Attorney General of the Commonwealth of Massachusetts to defend climate-change litigation filed by Exxon.