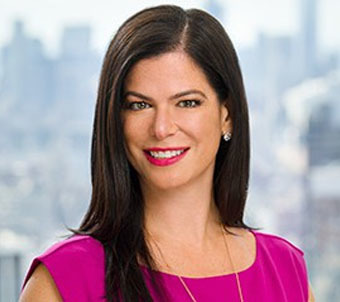 Gayle Klein is a Principal in McKool Smith’s New York office. She specializes in representing hedge funds, private equity firms, public companies and universities, primarily in the areas of antitrust, commercial and securities litigation. Gayle distinguishes herself as a standout, nationally recognized trial lawyer. Her proven track record of success is hailed by her peers and clients alike, including without limitation being named as a New York “Litigation Star” and one of the “Top 250 Women in Litigation” nationally by Benchmark Litigation since 2015, and among the “500 Best Lawyers in the United States” by Lawdragon since 2013. She is also recognized as a leading lawyer in New York by Chambers USA for Commercial Litigation, where she is one of only eight women of the 64 lawyers recognized, and for Securities – Institutional Plaintiffs, where she is the only woman of the 11 lawyers listed in the Spotlight Table.

Gayle’s record of courtroom success extends to such varied areas as alleged breaches of complex financial transactions, theft of trade secrets, and patent infringement. She also has significant experience defending putative consumer protection class actions. Gayle currently serves as the lead attorney pursuing the Sears Holdings Corporation claim in the credit card interchange antitrust multidistrict litigation. She recently first-chaired a trial in New York Supreme Court defending a hedge fund against a major global financial institution in which the plaintiff is seeking to recover more than $700 million from Gayle’s client relating to a failed securitization. She is an honors graduate of the University of Texas and the University of Texas School of Law, and is licensed to practice and has practiced law as a resident in New York, California, and Texas.

B.S., with high honors and special honors, The University of Texas, 1993