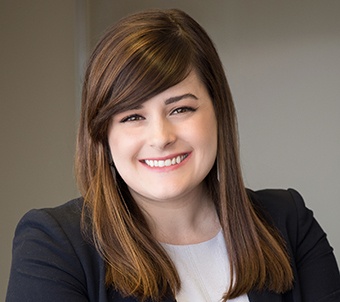 Kaitlyn Dawson is an Associate in McKool Smith’s Houston office, focusing on complex commercial litigation. She has represented clients across a variety of industries, including, but not limited to, the oil and gas sector, general business disputes, the seedstock cattle industry, and construction related disputes. Kaitlyn has handled all aspects of the litigation process—including depositions, hearings, trials, and appeals. She gained trial experience in a breach of contract and fraud dispute in the cattle seedstock industry, where the jury returned a $30 million verdict in her client’s favor. Kaitlyn also served as second chair in a construction arbitration that was favorably resolved. Prior to joining the firm, Kaitlyn also served as a third chair in a $30 million shareholders derivative lawsuit where the jury returned a take nothing verdict in her client’s favor. Kaitlyn has also served as an intern to the Honorable Ewing Werlein, Jr. in the United States District Court for the Southern District of Texas.

While attending law school, Kaitlyn participated in mock trial and moot court competitions. She was the champion & best advocate of the Strasburger & Price Mock Trial Competition and the vice-champion of the Gardere Novice Mock Trial Tournament. She also received an award for best opening statement at the Judge Paul Joseph Kelly Invitational Trial Competition. Kaitlyn also served as a Student Member of the Alumni Association Executive Committee.

Prior to joining the firm: