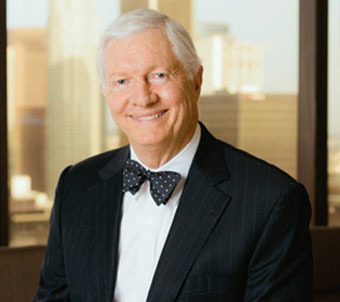 J. Michael Hennigan is a founding principal of McKool Smith's Los Angeles office.  Michael specializes in the litigation and trial of complex commercial cases and has been lead counsel in more than 45 major jury trials in state and federal court.  As lead trial counsel for plaintiffs, Michael has litigated judgments and settlements of more than $8 billion for his clients.

Michael is a fellow of the American College of Trial Lawyers and has been consistently identified in prominent legal publications as one of the country's top trial lawyers, including Chambers USA, Chambers Global, Who's Who in American Law, and The Best Lawyers in America. Chambers USA ranks him among the top litigators in California and the country, describing him as "the complete package" who is "highly regarded by many sources for his business litigation prowess."  The publication also notes that he is a "classic trial lawyer" who is able to "see very well which elements will resonate and use the arguments to good effect."

Before entering private practice, Michael was a trial lawyer with the Antitrust Division of the United States Department of Justice, as well as a lecturer in research and writing at the University of Arizona College of Law in 1973.

J.D., with distinction, University of Arizona College of Law, 1970