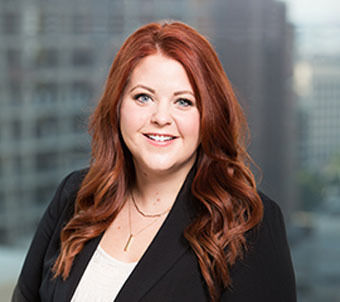 Ryan Hargrave is a Principal in McKool Smith's Dallas office. Her practice focuses on complex commercial and intellectual property litigation matters in United States District Courts, the International Trade Commission, and the Court of Appeals for the Federal Circuit. Based on the successful results obtained for her clients, Ryan has been named to the annual Texas Super Lawyers Rising Stars list of the state’s top young attorneys since 2014. She has successfully managed and tried matters spanning a broad range of technologies, including pharmaceuticals, wireless networking, cellular networking, and downhole oilfield tools. Ryan is experienced in all aspects of litigation, from pre-filing investigation to post-trial briefing and appeal.

Prior to law school, Ryan conducted research involving synthetic chemistry designed to create novel, electrochemically active molecules. While attending law school, Ryan was a notes and comments editor for the Houston Law Review and a judicial intern for Judge Jennifer Elrod of the United States Court of Appeals for the Fifth Circuit and Judge Ewing Werlein Jr. of the United States District Court for the Southern District of Texas.