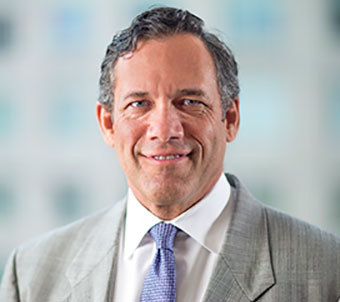 Ted Stevenson is a principal in the Dallas office of McKool Smith. Ted is a trial lawyer and registered patent attorney who has been focused on intellectual property and competition cases for more than 25 years. Ted has extensive federal trial experience, having won courtroom victories in intellectual property cases involving diverse technologies such as cellular telephones, balloon angioplasty catheters, wireless networking, integrated circuits, hydraulic fracturing, prepaid calling cards, and enterprise software. Ted is one of the world's foremost experts on cases alleging competitive violations in patent licensing, having handled six trials and an arbitration adjudicating whether proposed royalties for standard essential patent portfolios complied with FRAND. Many of the world's leading inventors turn to Ted to defend their licensing programs from claims of anti-competition behavior.  Ted also has tried and won non-patent cases alleging trade secret violations, trade dress infringement, and software performance.

Ted is ranked as one of the "Top 100" trial lawyers in the nation and a “Local Litigation Star” for commercial and IP litigation by Benchmark Litigation.  He is ranked Band 1 by Chambers USA for IP litigation in Texas and by Chambers Global for patent litigation.  Chambers  reports that Ted is sought by sources for his “unparalleled trial experience” and that “he is incredibly familiar with litigation tactics and jury presentation”.  He is ranked by Best Lawyers in America for Litigation: Bet-the-Company, Commercial, IP, Patent, and Trade Secrets.  Texas Super Lawyers consistently ranks Ted among its top 100 lawyers in Texas.  Managing IP Magazine recognizes Ted as an "IP Star."  He was named the 2016 Texas "IP Litigator of the Year" by Managing IP, was awarded the 2014 Bet-the-Company "Lawyer of the Year" and the 2017 Trade Secret and Patent Litigation "Lawyer of the Year" in Dallas by Best Lawyers, and received the Lexology "Client Choice Award" in 2014 for Patent Litigation in Texas.  Texas Lawyer Magazine has recognized Ted as one of the five “go-to” intellectual property litigators in the state.

In addition to patent cases, Ted has tried cases—both to juries and to the court—for trade secret, breach of contract, securities fraud, product liability, death penalty habeas corpus, and computer software non-performance. Ted enjoys teaching trial advocacy, which he does as a faculty member of the National Institute of Trial Advocacy and also as a presenter at legal seminars.