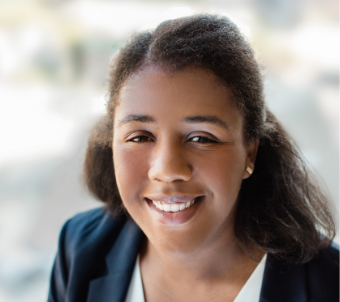 Carra Rentie is an associate in McKool Smith's Dallas office. Carra is a versatile litigator with a range of experience in patent and complex commercial cases. Much of her recent work has been concentrated in the technology and telecommunications spheres.

Carra has previously served as a judicial intern for Chief Judge Leroy M. Not Afraid of the Crow Tribal Courts in Big Horn County, Montana, Judge Martin Hoffman of the 68th District Court in Dallas, and Magistrate Judge Renee H. Toliver of the Northern District of Texas. In 2021, Carra also took a year away from private practice to clerk for the Honorable Barbara Lynn of the United States District Court for the Northern District of Texas.

While in law school, Carra was active in the Native American Law Student Association and participated in the Supreme Court litigation for McGirt v. Oklahoma. She was the recipient of the Leon M. Cain Community Leadership Award, graduated with Highest Pro Bono Distinction, and served as an editor of the Stanford Law and Policy Review.  She also served as an extern for the American Civil Liberties Union Immigrant Rights Project, and the Stanford Community Law Clinic.

Carra is fluent in Spanish and conversational in American Sign Language.