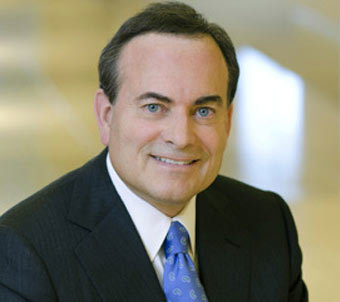 As a founder of McKool Smith, Mike McKool is largely responsible for creating what The Wall Street Journal describes as “one of the biggest law firm success stories of the past decade.” Since founding the firm in 1991, Mike’s leadership and courtroom achievements have helped McKool Smith grow from an 11-lawyer litigation boutique to a national litigation powerhouse with 185 trial lawyers across eight offices coast to coast.

Mike’s rigorous case preparation and superlative courtroom skills have earned him a reputation as one of the country’s most prominent trial lawyers. Over the course of his 40-year career, he has tried more than 100 jury trials and developed an enhanced understanding of the psychology that governs how juries decide cases. His trial wins have secured substantial verdicts and settlements for clients, including major airlines, energy companies, telecommunications firms, investment banking houses, and industrial conglomerates, among others.

Mike was profiled in Law360’s “Trial Aces” special feature, which recognized his “reputation as one of the country’s top trial lawyers.” The article notes that he is “one of the best closers in the business” and “clients bring him in when a trial appears inevitable and they can't afford to lose." He is also described as having “unrelenting focus and preparation in the run-up to a trial, which is rare in its intensity.”

Chambers USA describes Mike as “simply one of the best,” stating that he is “extraordinarily focused and extremely quick on the uptake” and that “judges have the highest respect for him.” Chambers Global notes that he is “one of the leading lights of the trial bar.” Citing his “huge intellect and superb courtroom skills,” Best Lawyers in America lists Mike in several categories, including Bet-the-Company Litigation.

Mike has received a Texas Lawyer "Lifetime Achievement Award" for Professional Excellence. He is also included in Benchmark Litigation’s listing of the “Top 100 Trial Lawyers in America" and Law360’s listing of the Top 50 U.S. trial lawyers. In 2015,  he received the “Outstanding Alumnus Award” from the University of Texas Law Alumni Association for outstanding contributions to the legal profession. He is also the recipient of the Texas Lawyer "Top Verdicts Hall of Fame" Lifetime Achievement Award and the Dallas Bar Association “Trial Lawyer of the Year” award. Mike is a fellow of the American College of Trial Lawyers and has been selected by the United States Court of Appeals for the Federal Circuit to serve on the Federal Circuit Advisory Council.