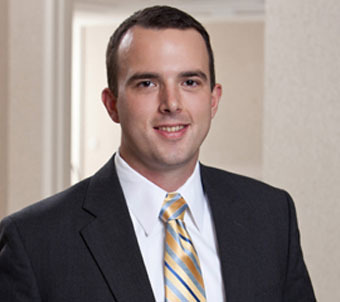 James Quigley is a Principal in the Austin office of McKool Smith. He is a versatile commercial litigator and trial lawyer focused on patent and technology-related cases. James has extensive federal court experience representing both plaintiffs and defendants in patent-infringement actions. His courtroom victories in intellectual property cases involve a myriad of technologies such as web applications, mobile phones, and integrated circuits. He has been part of teams that have earned their client's jury verdicts and settlements totaling hundreds of millions of dollars.

James has also represented both petitioners and patent owners in inter partes review (IPR) proceedings, including arguing before the Patent Trial and Appeal Board (PTAB) and on appeal at the Federal Circuit. In addition, he has litigated trade secret, trademark, fraud, and breach of contract claims.

Before receiving his law degree from The University of Texas School of Law, James attended the University of Wisconsin where he earned a degree in Electrical and Computer Engineering.