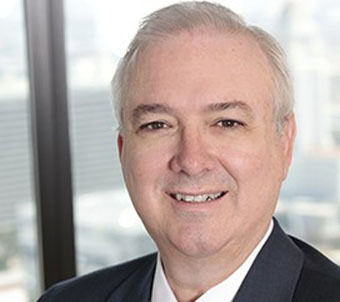 Michael John Miguel is a principal in the firm’s Los Angeles and Houston offices. He concentrates his active trial practice on commercial litigation, with an emphasis in insurance coverage, environmental, antitrust, intellectual property, and toxic tort defense litigation matters. Mr. Miguel represents and counsels clients on a national and international basis, and has assisted in obtaining insurance recoveries counted in the billions of dollars.

Mr. Miguel has successfully appeared before state and federal trial and appellate courts in twenty-seven (27) states and the U.S. Supreme Court, and has tried cases to verdict/judgment in five different states. He has also conducted multiple domestic and international arbitration proceedings.

For well over a decade, Mr. Miguel has been a member of insurance recovery practice groups rated by Chambers & Partners and recognized as "Insurance Group of the Year" by Law360. He has been named one of the "Top 100 Lawyers of California" by the Daily Journal Corporation, is annually included in Best Lawyers in America as a leading lawyer in Insurance Litigation as well as Insurance Law, and is annually listed as a Super Lawyer in Southern California and named among the "Top Attorneys" by Los Angeles Magazine.