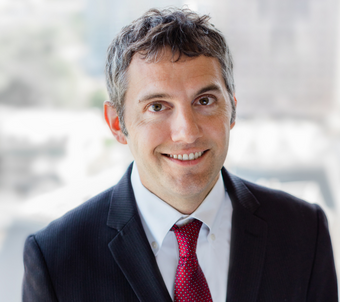 Richard Kamprath is a Principal in the Dallas office of McKool Smith. Richard is a trial lawyer who specializes in patent infringement and high-technology cases. He has had success for his clients in numerous jurisdictions including a $172 million dollar jury verdict against Qualcomm, a $15 million jury verdict against Samsung, and two exclusion orders in the International Trade Commission against Comcast. Richard has played a key role in these cases, both directing and crossing witnesses on the stand, and coming up with trial strategy. Richard’s practice also includes creating and implementing global litigation strategies to maximize his clients’ portfolio values of both SEP and implementation patents. He has been recognized by multiple publications as a Rising Star in patent litigation for the past several years.

Prior to joining the firm, Richard clerked for the Honorable Jorge Solis in the U.S. District Court for the Northern District of Texas, where he contributed to a variety of civil and criminal matters. Prior to attending law school, Richard worked as an electrical engineer for an oilfield services company in its research and development facility, where he designed circuits for both Wireline and LWD downhole tools. During his graduate work at Texas A&M, Richard studied analog and mixed-signal circuit design and wrote his thesis on impedance matching techniques for Ethernet communication systems. He also taught labs in microelectronics and digital circuit design.