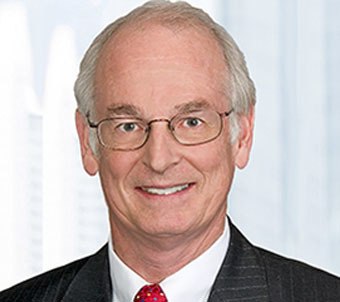 William "Bill" LaFuze is a principal in McKool Smith’s Houston office. Bill’s practice has been directed to a broad range of intellectual property law issues, with a particular focus on patent and other intellectual property litigation and transaction work in the oilfield equipment, telecommunications, smartphone, computer, healthcare, electronics, internet, and a broad range of technical fields. He has represented clients in many district courts throughout the United States and in cases appealed to the Court of Appeals for the Federal Circuit in Washington D.C. Bill has also served as arbitrator in many intellectual property cases and has substantial experience in IP strategic counseling and licensing.

Bill was selected as one of only two IP lawyers in the country to advise the Bush/Cheney administration through its Presidential Transition Team to counsel the then-new administration on patent policy, the operation of the USPTO, and patent reform issues. By appointment of the U. S. Secretary of Commerce, he later served a 3-year term on the Patent Public Advisory Committee of the USPTO.

Prior to joining McKool Smith: