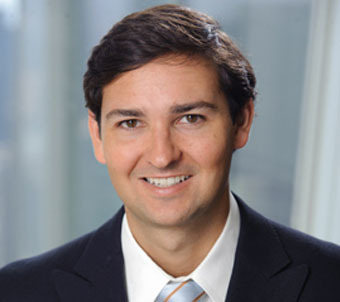 Kevin Schubert is a principal in McKool Smith's New York office. He focuses his practice on patent litigation and has helped clients obtain over $1 billion in settlements and judgments over his career. For the past twelve years, he has represented both patent owners and defendants in high-stakes patent litigations throughout the United States.  He also maintains an active Inter Partes Reviews (“IPR”) practice before the Patent Office.

Recently, Kevin managed the technical case (infringement and validity) for the patent owner in Clear Imaging Research, LLC v. Samsung (E.D. Tex.).  The case related to camera and digital image processing technology and settled in May 2021.  Kevin was also part of the team that obtained verdicts of $145 million and $85 million for client Wi-LAN in Wi-LAN v. Apple (S.D. Cal.) in 2018 and 2019, respectively.  The case related to 4G Voice over LTE (“VoLTE”).

Kevin frequently writes and speaks about Intellectual Property.  In 2019 and 2020, he co-authored articles about IPRs that were named in the top 10 most read articles for the publisher Law360.  He is also is an active participant with the Licensing Executive Society (“LES”) and has moderated panels at the annual event each of the last three years.

Before law school, Kevin worked as a patent examiner in Washington, D.C., at the United States Patent and Trademark Office in the Cryptography department. There, he examined more than 100 patent applications.

Court of Appeals for Federal Circuit:

Patent Trial and Appeal Board: