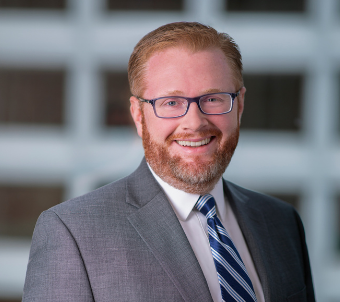 Nicholas Matich is a principal in McKool Smith’s intellectual property (IP) practice, representing a broad array of clients in IP disputes both as plaintiffs and defendants and advising clients on IP strategy.  Nick frequently speaks and is quoted in the media on US IP policy and litigation and his clients include, high tech companies, life science companies, and major trademark holders.  Prior to joining the firm, Nick served as Acting General Counsel of the United States Patent and Trademark Office (USPTO) where he represented the agency before the Federal Circuit and U.S. Supreme Court.

Since joining McKool, IAM selected Nick as one of the world’s top 300 IP strategists and described him as: “A thoughtful advisor, tenacious advocate, and a brilliant lawyer.” Nick “has a profoundly deep understanding of SEP and FRAND issues and his insights are critical to positioning his clients for success. He is highly recommended to any IP holder looking to get the most out of their assets.” Nick has also been recognized by Lawdragon in their inaugural Guide to the 500 Leading Litigators in America.

During his time with the USPTO, Nick supervised the provision of legal advice and litigation on intellectual property (IP) and administrative matters for the agency, including providing legal advice on patent, trademark, and copyright matters. His responsibilities included supervising more than 130 attorneys and support staff of USPTO’s Office of the General Counsel, including the Office of the Solicitor which litigates IP matters on behalf of the USPTO. Nick also coordinated with the Department of Justice, Department of Commerce, and other agencies in developing the government's position on major IP cases before the Supreme Court and Courts of Appeals. Prior to assuming the role of Acting General Counsel, Nick served as Senior Legal Advisor in the Office of the USPTO Director, in which capacity he personally briefed and argued a number of high-profile stakes appeals on behalf of the USPTO.

Prior to working at the USPTO, Nick served as Deputy General Counsel at the Office of Management and Budget (OMB) within the Executive Office of the President. At OMB, he oversaw attorneys advising on the full range of legal issues affecting the agency and supervised OMB’s legal review of significant regulatory actions by federal agencies. Nick also concurrently served as a presidential appointee on the governing body of the Administrative Conference of the United States (ACUS), an independent executive branch agency charged with advising other federal agencies on administrative law and processes.

Before joining OMB, Nick worked in the White House as Special Assistant to the President and Associate Staff Secretary, where he coordinated the vetting of executive orders, speeches, legislation, signing statements, memoranda, and other documents for the president. Prior to his service in the government, Nick practiced at several prominent law firms and worked as a law clerk for the Honorable Richard C. Wesley of the United States Court of Appeals for the Second Circuit.

Experience Prior to Joining McKool