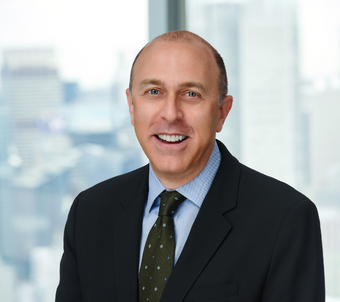 Daniel W. Levy is a principal in McKool Smith’s New York office. He represents clients in white collar defense matters, including regulatory investigations and enforcement proceedings involving both federal and state authorities. Dan also represents plaintiffs and defendants in complex civil litigation, including cross-border disputes. Prior to joining the firm, he served as an assistant United States attorney in the Southern District of New York for more than a decade. At the time of his departure, Dan was senior trial counsel.

Dan has conducted more than a dozen jury trials and argued more than 16 appeals before the United States Court of Appeals for the Second Circuit, including several cases of first impression.

As a prosecutor, Dan led numerous government investigations, often ones with an international component, and served as counsel in prosecutions of a broad array of fraud offenses, including securities fraud, bank fraud, accounting fraud, money laundering, theft of trade secrets, tax fraud, identity theft, Foreign Corrupt Practices Act violations, and various computer crimes. He was named “Prosecutor of the Year” by the Federal Law Enforcement Foundation in 2011 and 2013.

Since joining McKool Smith, Dan has handled a number of significant cross-border investigations and prosecutions involving individuals and corporate entities. He has also led internal investigations concerning criminal antitrust, accounting fraud, FCPA, and tax matters. Dan frequently advises clients, including financial institutions, on corporate governance and regulatory compliance issues. In 2015, he was appointed as a monitor of an international bank, which involved conducting a global analysis of the bank’s compliance function following an enforcement action by the New York State Department of Financial Services.

Prior to beginning his government service in 2002, Dan worked as an associate at a large New York City-based firm, where he focused on securities litigation, white collar criminal defense, Securities and Exchange Commission enforcement proceedings, and intellectual property disputes. He also served as a law clerk to the Honorable Stephen M. Orlofsky, United States District Judge, in Camden, New Jersey. From 1992 to 1993, he was a Fulbright Scholar in Quito, Ecuador, where he conducted anthropology research.

Dan is a frequent lecturer on money laundering, bank fraud, tax fraud, anti-corruption, and international criminal enforcement, among other topics. He is a Spanish speaker.

During his government service, Dan investigated and prosecuted an extraordinarily broad range of criminal conduct. The following are representative matters handled by Dan as a prosecutor:

Dan is also an experienced appellate advocate.  He has handled numerous criminal appeals, including several cases of first impression in the Second Circuit.  Among the appeals he has briefed and argued are: