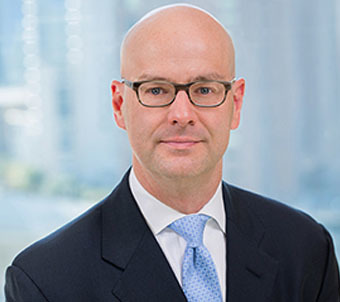 Most recently, Robert represented Halliburton in securing a take-nothing defense verdict following a two-week trade secret and patent infringement jury trial in Houston, Texas. He also secured a substantial verdict for Canyon Ridge Resorts against an investment bank in a fraud and breach of fiduciary duty dispute following a seven-week jury trial. The verdict was recognized as a VerdictSearch “Top 100 Verdict” and helped secure McKool Smith’s inclusion in Law360’s listing of the “Most Feared Plaintiff Firms.” A month later, Robert defended CenturyLink and several of its Officers in a three-week securities fraud jury trial in Houston, Texas, which resulted in a total defense verdict for his clients.

Robert also represents corporate policyholders in complex insurance coverage disputes. He recently represented TIAA-CREF in securing a substantial jury verdict which found that TIAA-CREF did not need permission from excess-coverage provider Arch Insurance Co. prior to settling multiple class action lawsuits. The jury also awarded TIAA-CREF attorney fees after finding that the nearly $10 million in legal defense costs incurred by the entity were reasonable. The Final Judgment against three insurers, along with a confidential settlement with a fourth insurer, reflect recoveries for TIAA-CREFF in excess of $50 million. The verdict was upheld by the Delaware Supreme Court.

Robert is equally known for his creative approach to resolving clients’ cases outside the courtroom. Robert has pioneered unconventional dispute resolution (“UDR”)—see experience. He has used these unconventional approaches to dispute resolution successfully to resolve numerous high-stakes disputes for his clients outside the Courtroom. His proven ability to resolve cases efficiently inside and outside the courtroom is why clients call on him again and again.

Robert has also dedicated a substantial part of his professional career to “paying-it-forward” by teaching, lecturing and mentoring on the “Lost Art of the Jury Trial.” Since 1998, Robert has taught younger generations of trial lawyers the art of trial by serving as an Instructor, Team Leader, and now as a Program Director of the National Institute of Trial Advocacy’s Dallas Trial Program. Robert has taught courses on trial law and trial advocacy at Southern Methodist University’s Dedman School of Law. He also mentors young lawyers as a Master in the Higginbotham Inn of Court.

For a further outline of some techniques Robert uses to resolve cases outside the courtroom, see his UDR Presentation here.

Other articles and presentations: