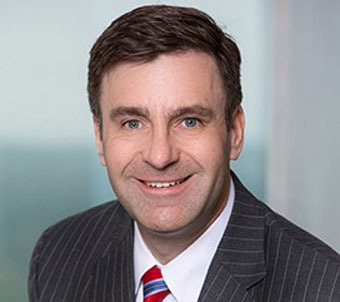 Steve Pollinger is a Principal in the Austin office of McKool Smith. Steve is a trial lawyer and registered patent attorney who has focused on patent cases and other intellectual property litigation for over 25 years. Steve’s practice is nationwide, at trial and on appeal. He has won courtroom victories in cases involving diverse software, electronics, and medical device technologies. Steve holds a master’s degree in electrical engineering, which allows him to understand the disputed technologies and to reduce the disputes to explanations and themes that are readily understood and compelling in the courtroom.

Steve served as a Judicial Clerk to the Honorable S. Jay Plager at the U.S. Court of Appeals for the Federal Circuit in Washington, D.C. He speaks frequently on intellectual property litigation.

J.D., with High Honors, University of Washington School of Law, 1993