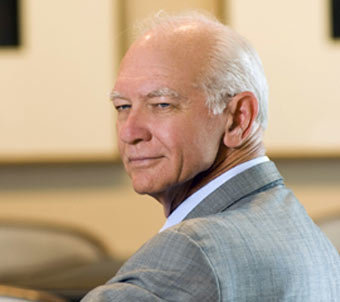 Sam Baxter is a principal in McKool Smith's Marshall and Dallas offices. He is a former Texas state district judge and district attorney for Harrison County, Texas.

Few people know the Eastern District of Texas—an important venue in intellectual property litigation—as well as Sam does. His unique ability to connect with jurors and skillfully cross-examine witnesses has helped him secure significant verdicts for clients. Four of these victories have been recognized in The National Law Journal’s annual listing of “Top 100 Verdicts,” including a substantial jury verdict that he helped secure on behalf of relator Joshua Harman in a high-profile False Claims Act case against Trinity Industries.

Sam is consistently recognized among the top lawyers in his field by many of the country’s leading legal publications and rankings, including Chambers USA, The Legal 500, and Lawdragon. He was recognized as an "Icon of IP" by Law360 based on his reputation and success in high-profile patent infringement disputes. He was also profiled in Law360’s “Trial Aces” special feature, which recognized the Top 50 trial lawyers in the United States. The publication noted that Sam has a “charm” and an “ability to touch the hearts of jurors.” He was awarded 2015 "Outstanding IP Litigator - Texas" by Managing IP and has been included in Benchmark Litigation's listing of the “Top 100 Trial Lawyers in America.” Sam has been recognized one of the "10 Most Admired Intellectual Property Attorneys" in the nation by Law360 and patent litigation “Lawyer of the Year” in Tyler, Texas by Best Lawyers. In 2016, he received the Texas Lawyer "Lifetime Achievement Award" for Professional Excellence.